What Should We Do to Each Other? 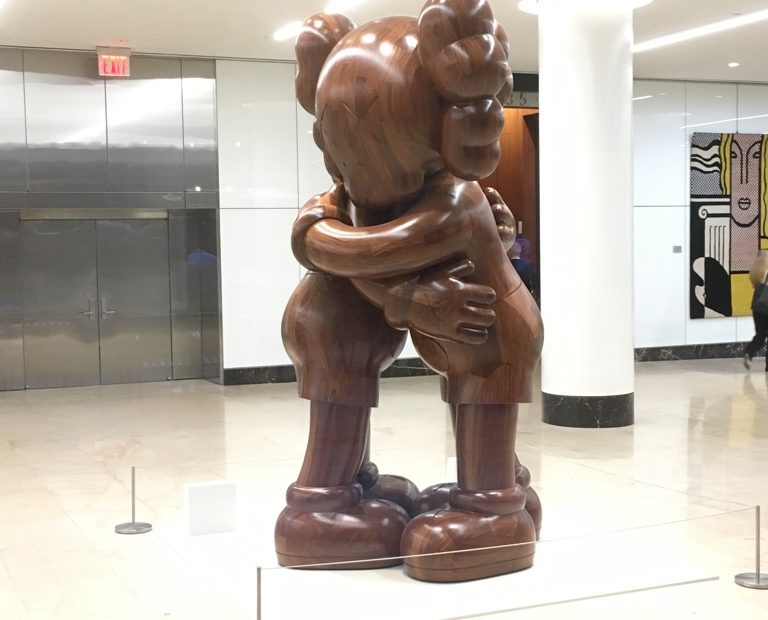 In the mid-90s, I had the privilege of working for Survivors of the Shoah Visual History Foundation (now: USC Shoah Foundation), Steven Spielberg’s not-for-profit organization dedicated to compiling a digital library of firsthand accounts of the Holocaust. It was the most gratifying job I had after law school and the source of some of my closest friendships.

I worked in the office of the Executive Director. My job was to reply to letters written by survivors, schoolchildren and others, and to write original letters to prominent leaders around the world, including such luminaries as the Pope and such dignitaries as the King of Bulgaria to inform them of our work. I wrote on behalf of not only the executive director and president but also Mr. Spielberg, who conceived the foundation after making Schindler’s List, as a way to document the stories of survivors and the righteous people who fought to protect them.

Mr. Spielberg’s purpose was twofold: to honor these brave individuals, who had experienced the most heinous atrocities people could commit against each other, and to create a living history of eyewitness testimonies, the vastness of which would (again) definitively refute those ignorant or hateful enough to deny that the Holocaust occurred. He also hoped that such a project would inspire others to create similar living histories of other events that have shaped our world, from the Civil Rights Movement to the Vietnam War to the genocides in Cambodia and Rwanda, and more. His vision was that hearing the stories of what happens when bigotry and hate go unchecked would help us relate to each other better.

I remember debating with the other writers in the office which words we should use to characterize the desired relationship between people. Should the goal to be to tolerate one another? Understand each other? Accept each other? Respect each other? This conversation feels even more relevant today than it was 20 years ago.

Many people decry tolerance of each other — merely putting up with someone — as too low a bar. It doesn’t take much effort to tolerate someone or something, and it sounds better than “stomaching” them (unless we’re talking about tolerating or stomaching something like lactose). We put up with things all the time that we don’t like or aren’t comfortable with: minor pain, the smell of whatever the person who used the microwave before you reheated, reality television, politicians. While I agree that just tolerating someone is ultimately insufficient for bettering relations between people, I feel that it is an important first step. It seems like we used to do this more readily, but nowadays even tolerance seems to be aspirational. When we meet someone with whom we disagree or for whom we have a visceral disdain (for whatever reason), learning to tolerate them — to give them the space simply to be — is a step ahead of decrying or denying their very existence and is necessary to begin to heal a weak or wounded relationship and overcome negative predilections.

Understanding may be key to tolerance or may emerge from it, depending on the depth of understanding. While tolerance may be more instinctual, understanding is more rational. True understanding evolves from listening to someone else and making sure we comprehend not only what their perspective is, but also why they hold that view. Understanding involves accepting the logic of their thinking, even if we don’t agree with the premise of their underlying beliefs.Highly emotionally charged issues—e.g., abortion/abortion rights, sensible restrictions on gun ownership, public funding for private education—often takes people to the point where we can’t fathom that another perspective could even exist. But we need to allow our higher-level thinking to overcome gut feelings so that we can acknowledge where someone else is coming from and why they feel the way they do. Understanding, along with tolerance, is integral to people truly getting along with each other.

When it comes to action and true change, however, acceptance of others is what’s needed. Acceptance does not mean that we have to adopt the point of view of the other person, but it does require that we expand our worldview to include the fact that other people may not share the same beliefs as we do. Acceptance takes even more effort than tolerance or understanding. It can be discomfiting to open ourselves up and be okay with a person with whom we strongly disagree. When we open ourselves to others, we become vulnerable, ready to be disappointed, even hurt, by another, emotionally and maybe even physically. But the other person also faces similar negative prospects — they, too, are vulnerable. The opposite of acceptance is rejection, and no one wants to feel rejected.

If we step back, is acceptance really that big of deal? Would it kill us to allow into our heads and hearts an idea or a person that doesn’t completely jibe with how we see the world? The world, the country, even our towns are big enough to accommodate multiple points of view, aren’t they? I’m not advocating unbridled or blind acceptance of everything — it’s vital that we keep thinking for ourselves and striving for justice. What I urge is that we not get our tighty-whities, boxers, panties, thongs or other undergarments that we may or may not be wearing knotted up every time someone says something we don’t agree with. Can we figure a way to ride with it?

This is admittedly a hard lesson for me to internalize in the current political climate, where integrity seems to be a quaint ideal and giving some people the benefit of the doubt will undoubtedly be unrequited. When I struggle in this effort, however, I remind myself that I can accept the other person and the fervency with which they have their ideas without having to accept the ideas themselves. I also remind myself that acceptance is the foundation of improvisation, where creating something with someone one requires building upon the reality that each person sets out for the other.

Respect is the outward manifestation of acceptance and goes even further. It shows the other person that we are okay with them, at least enough to let them know that we not only acknowledge but honor their right to their space, however they want to fill it. Respect is social currency, a clearing of an interpersonal hurdle that would otherwise be a barrier to peaceful co-existence. I tip my hat to people like W.Kamau Bell, who through his show on CNN, United Shades of America, is masterful at demonstrating respect every time he meets with people in groups that are not his groups: the people of Appalachia or Standing Rock or Puerto Rico, prisoners, immigrants and more. By engaging in conversation even with people who have quite a different life experience, even people who may not accept or respect him — he is African-American and started his series last year by talking with members of the KKK — he demonstrates how we can all can find ways to relate to each other, no matter how different we are.

Twenty years after the office discussion on which word was right to express the interpersonal relationship for which we strive, I realize that the best answer, idealistic as it seems, may simply be “love.” The Beatles reminded us that it’s all we need, and they boiled it down to a simple equation: the love you take = the love you make. So make a lot of love! And that means all kinds of love…

The love that can be shared with everyone is caring about the well-being of someone else’s children the way we care about our own, beyond our immediate family, beyond even our neighborhood, Facebook friends, team or worship community. It’s feeling vicarious joy when we witness the pure bliss of a child spinning around, dancing in a puddle or swinging on a swing. It’s feeling sadness when we witness someone suffering, recognizing that when someone else is in pain, the world in which we live — my world, your world — is diminished (unless that someone is a total asshole, in which case the schadenfreude may balance out their pain…I’m idealistic but not pollyanna or a patsy). This version of love, perhaps all love, is rooted in feeling empathy for others not because they could be useful to us in some way, but simply as fellow human beings. Love is selfless, the ultimate connection with others and, ultimately, the only way we can ensure our collective survival.